Retailing at RM1,699, the V11 is powered by a Qualcomm Snapdragon 660 chipset paired with 6GB of RAM, putting it comfortably in the upper mid-range segment. Aside from that, it also has a 6.41-inch 2340 x 1080 Super AMOLED display, 128GB of expandable storage, and a modest 3,400mAh battery with support for Vivo’s “Dual-Engine Fast Charging” technology.

As expected of Vivo, the V11 has a rather elaborate front-facing shooter. Fitted with a 25MP f/2.0 selfie camera, the phone has Vivo’s new “AI Face Shaping” technology, which promises subtle enhancements to your facial features for a more natural-looking beautification. The rear cameras, on the other hand, are made up of 12MP f/1.8 and 5MP f/2.4 sensors. 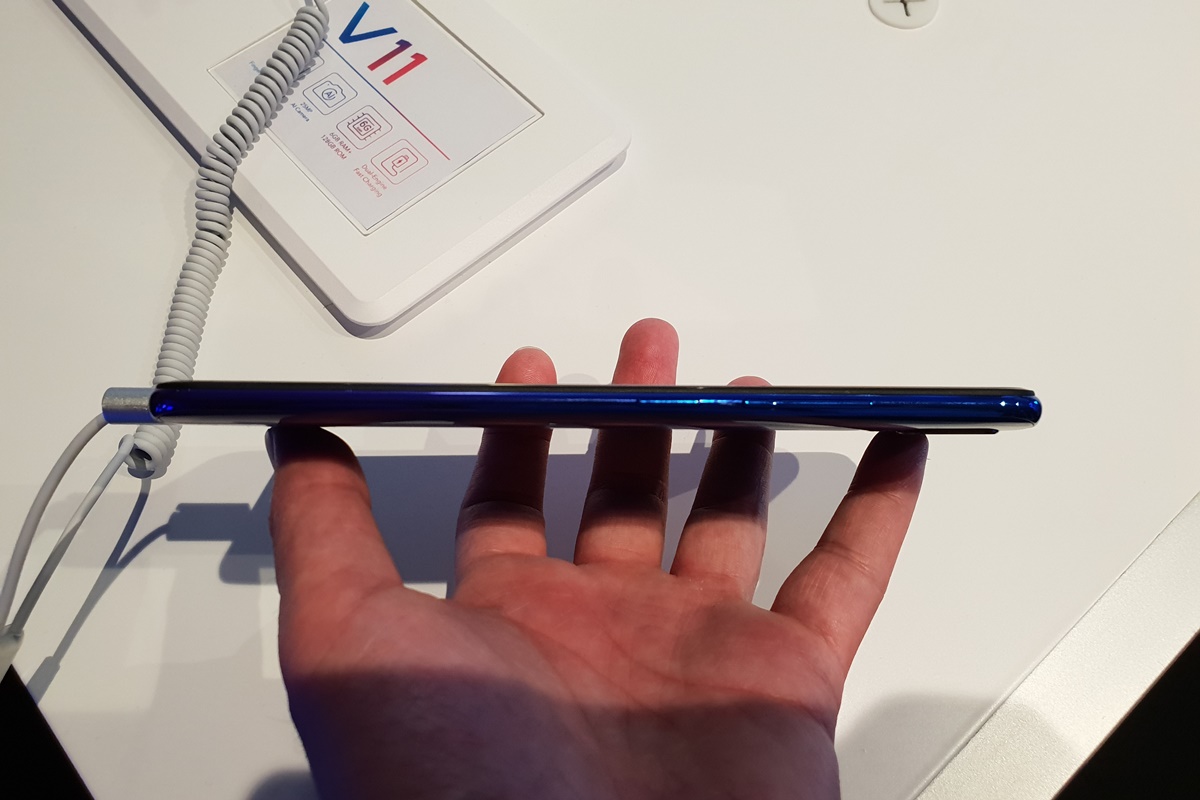 These are pretty standard specifications for a mid-range phone, but what makes the V11 particularly unique is its in-screen fingerprint sensor – this is the most affordable phone right now in Malaysia with this feature. Of course, RM1,699 is still a high asking price for a mid-ranger, but that’s how much it costs to get an in-screen fingerprint sensor. At least, that’s the case for Vivo.

The big question is, how well does the in-screen fingerprint sensor work? Quite good, actually. Once you picked up the V11, a fingerprint icon will appear in the bottom of the screen. You’ll then have to tap and hold on the icon for a while to unlock the device, and it can accurately recognise my fingerprint…most of the time. It still works well enough, of course, but it’s definitely not as quick as a conventional fingerprint sensor.

If  you’re not a fan of the in-screen fingerprint sensor, you can always rely on the facial recognition system instead; it’s quicker too. The only downside is the fact that it won’t work quite as well in dark environments – it doesn’t have any infrared sensor. 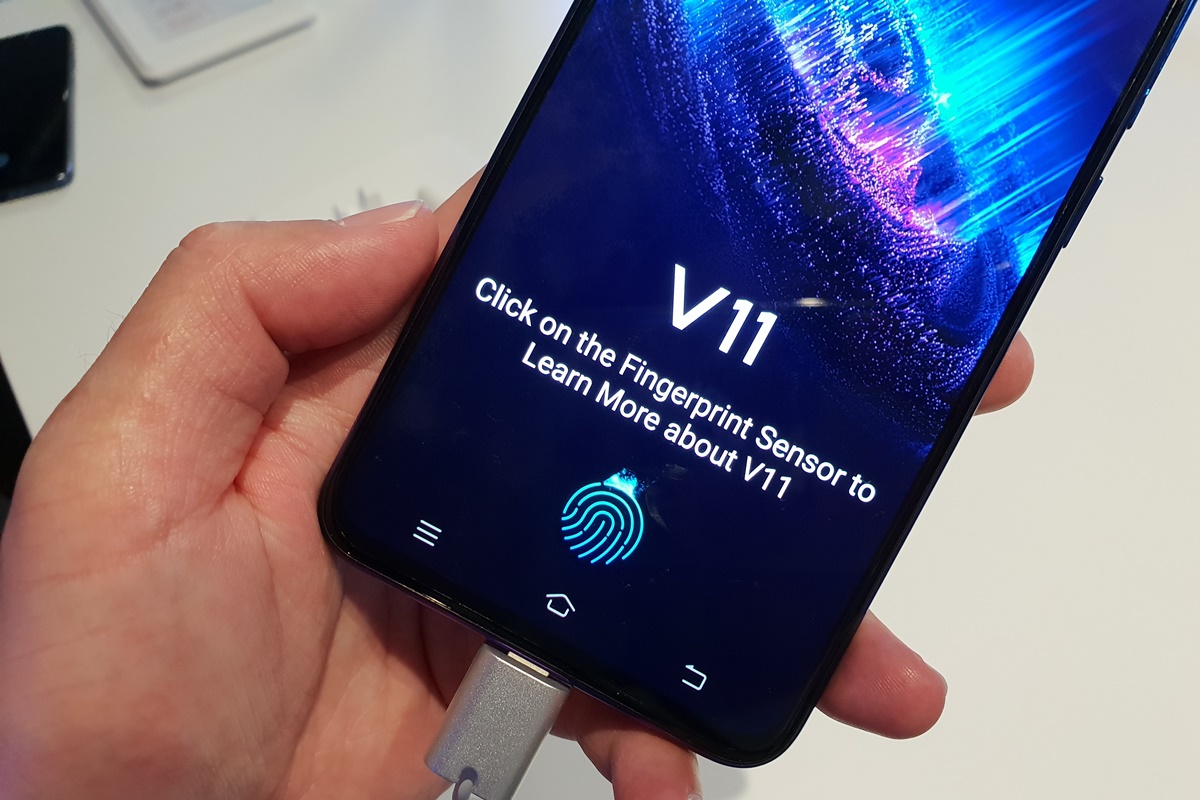 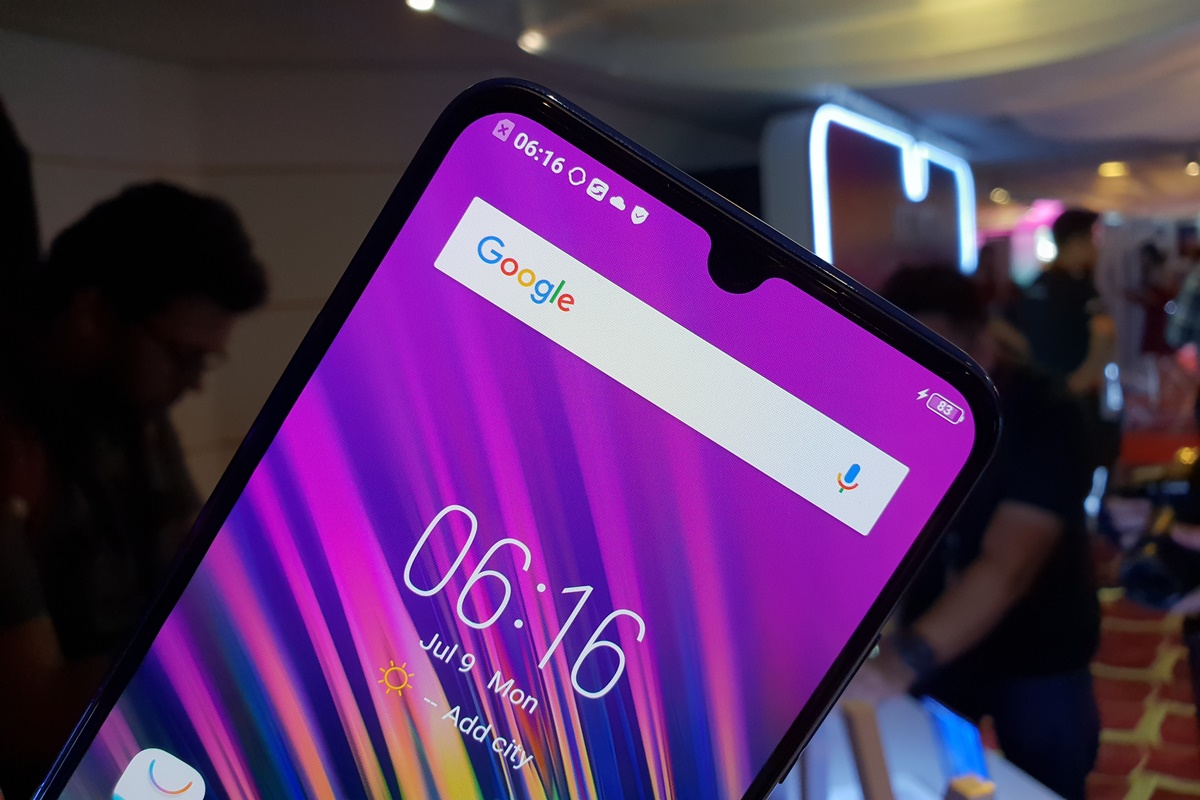 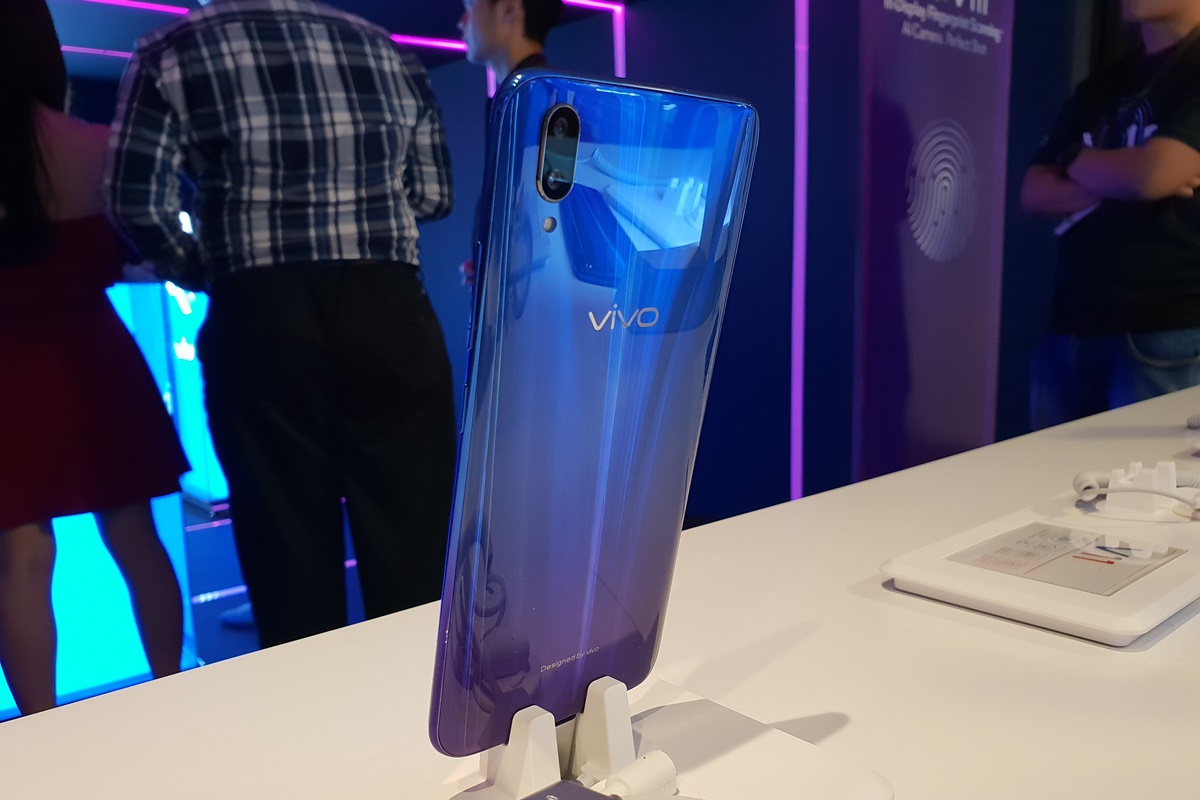 In terms of build quality, the V11 leaves much to be desired. The plastic back feels cheap to the touch, and same goes for the equally plasticky frame. The only possible saving grace is the subtle two-tone finish of the back panel. I’m quite a fan of the phone’s minimal bottom bezel too.

Speaking of bezels, the V11’s Full HD+ Super AMOLED “Halo FullView Display” is a looker. It has very good black levels – a characteristic of OLED panels – vibrant colours, and great viewing angles. For a mid-range phone, the V11’s display quality is definitely above average.

Performance-wise, the Snapdragon 660 chipset under the hood of the V11 should provide enough power for everyday usage. Positioned as an upper mid-range SoC, the Snapdragon 660 is more than capable at running most mobile games well too. In my brief time with the device, the V11 feels fast and responsive. 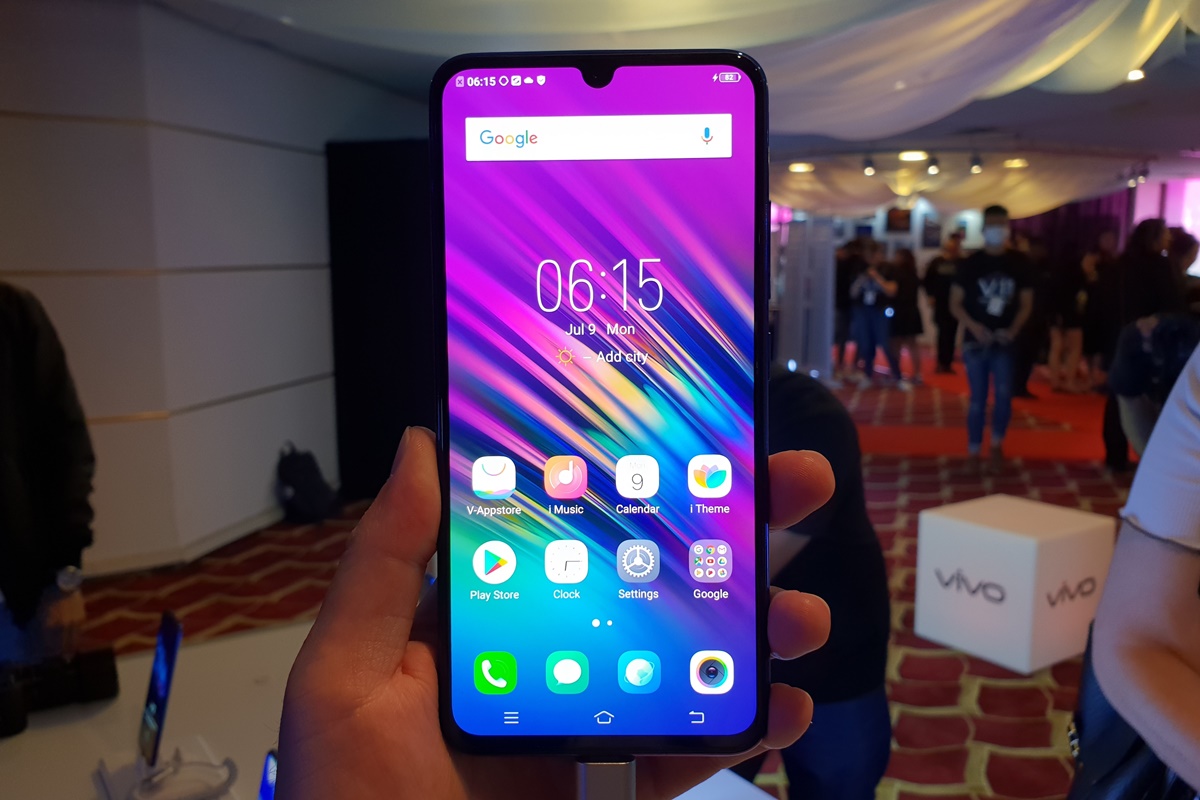 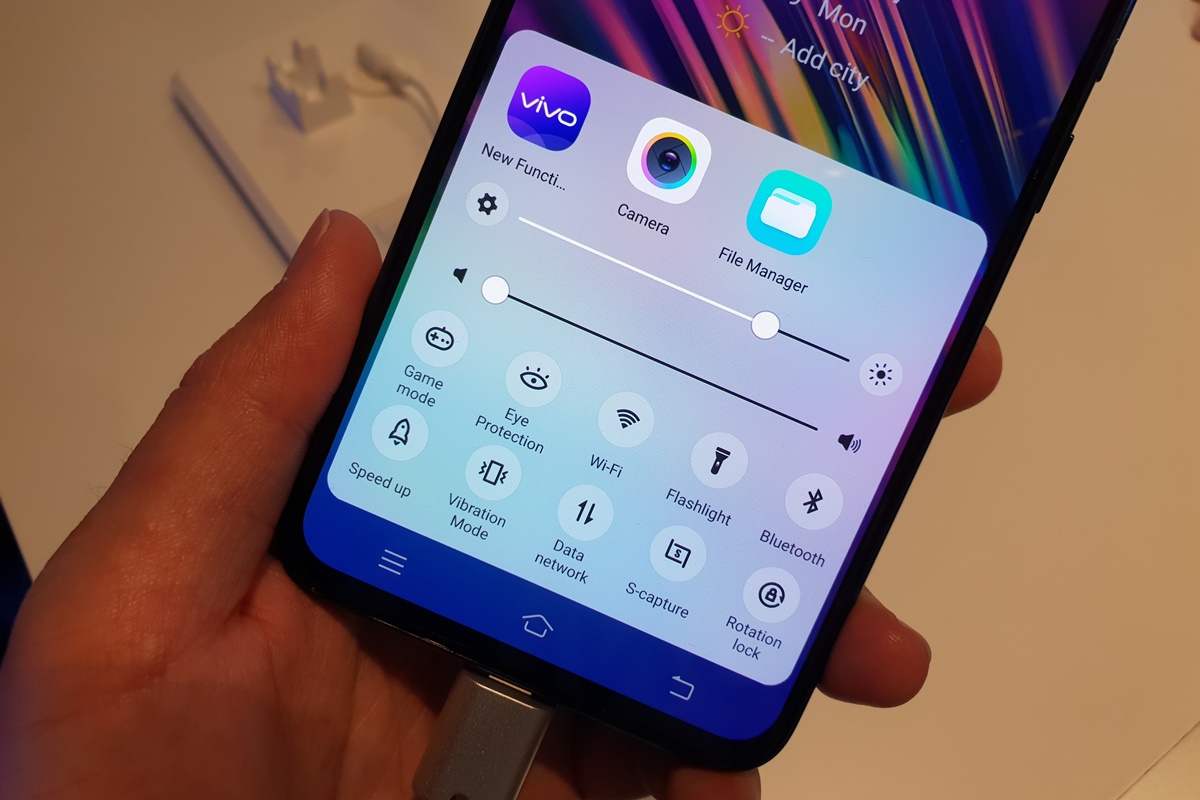 Software isn’t exactly Vivo’s strength, and the same still applies to the V11. Running on Funtouch OS 4.5 based on Android 8.1 Oreo, it’s a heavily modified version of Android; the user interface has quite a number of iOS elements as well. Swiping up from the bottom of the phone reveals a Control Center-like interface, and even the Recent Apps screen is similar to iOS’ layout.

Funtouch OS’ similarity to iOS isn’t necessarily a bad thing, of course, but it certainly shows a lack of originality on Vivo’s part. On top of that, the V11 doesn’t have an app drawer either, and the overall design of the user interface isn’t very aesthetically pleasing. 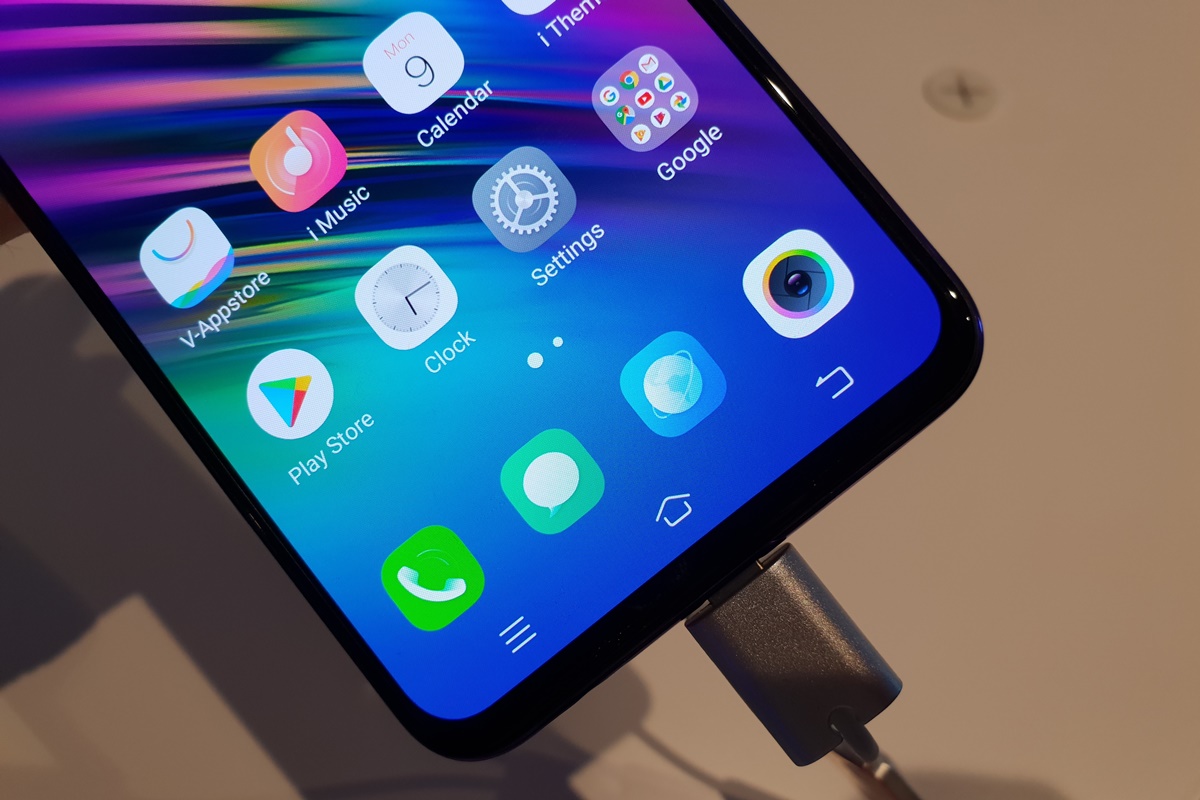 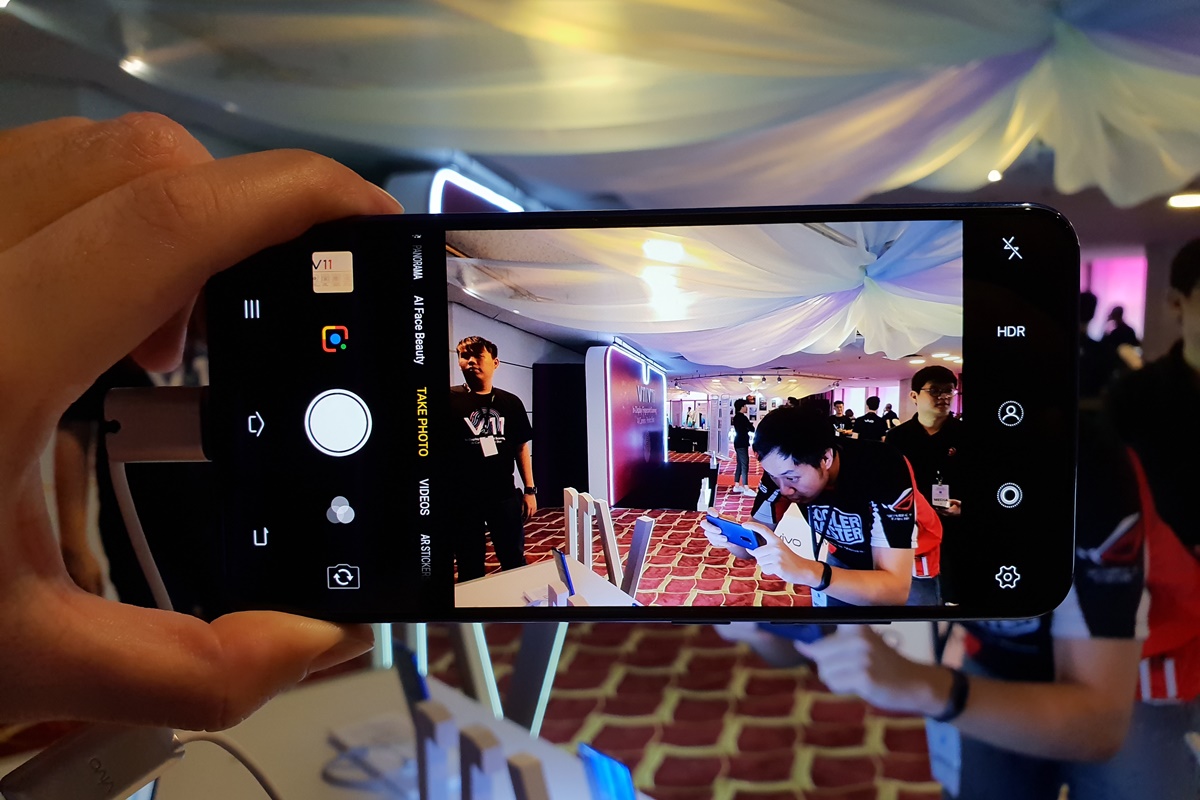 Nonetheless, let’s get to the camera performance of the V11. One of the main appeals of the V11 is its 25MP front-facing shooter, and if taking selfies is your kind of thing, this phone will serve you very well. Images taken with the 25MP camera is sharp, and detail preservation is quite decent too.

As for the V11’s dual 12MP and 5MP rear cameras, they’re…serviceable. While the phone can take good-looking shots in daytime – this applies to most modern phones anyway – its low light performance isn’t quite as good. Images are noisy in less than ideal lighting, and the lack of any optical stabilisation makes it difficult to capture blur-free images. 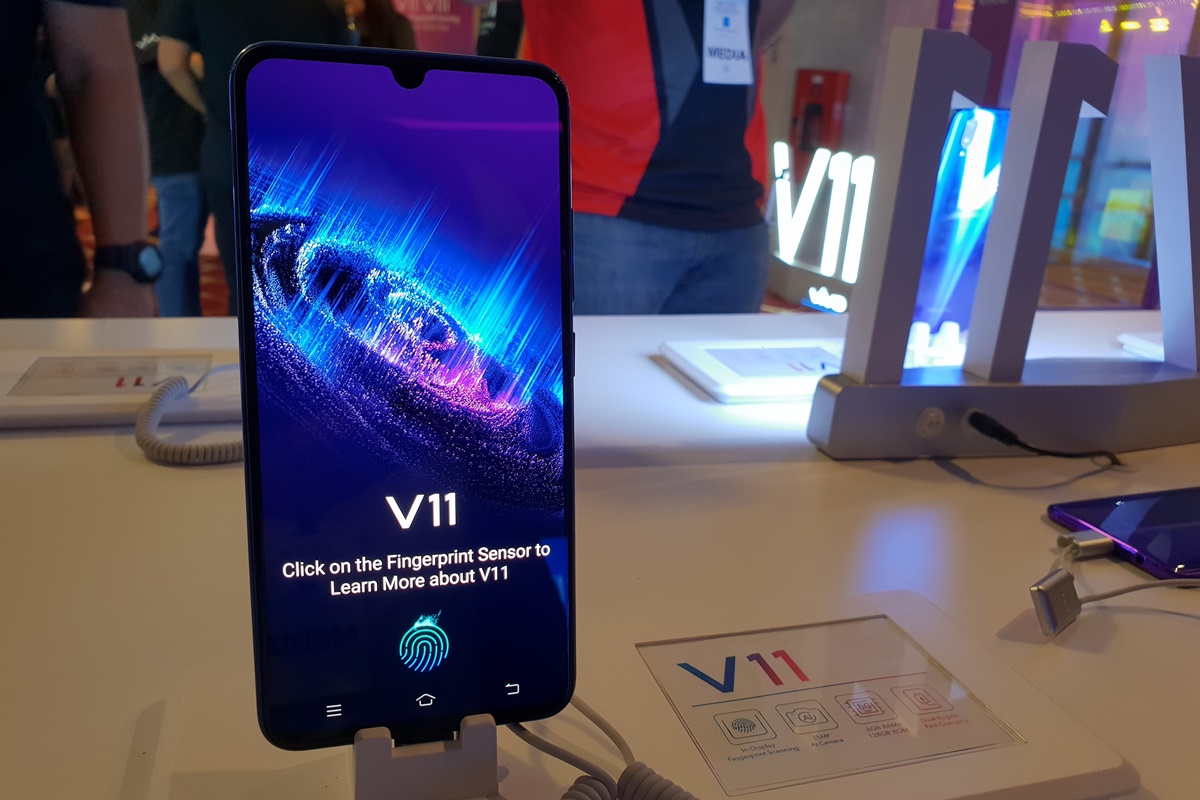 So why would you get the Vivo V11? Its camera performance isn’t worth writing home about, it’s costly for a mid-range smartphone, and its overall build quality leaves much to be desired. For RM1,699, you’re better off getting the Pocophone F1 or the Xiaomi Mi 8 – phones with excellent value for money and flagship-level performance.

Then again, if all you care about is taking good-looking selfie images, perhaps the V11 will serve you very well. It is by no means a bad smartphone (it’s also the most affordable phone with an in-screen fingerprint sensor), but there are better alternatives in this price range.