When it comes to Windows-based tablets, most will associate Microsoft as the pioneer. Though the Surface brand had a rocky start, modern iterations of Microsoft’s tablets are some of the best in the market now.

And now, we have the Microsoft Surface Go, which is essentially a downsized version of the company’s Surface Pro tablet. While it’s certainly not as powerful as its full-size brethren, the Surface Go is delightfully fun to use – you just have to set your expectations accordingly. 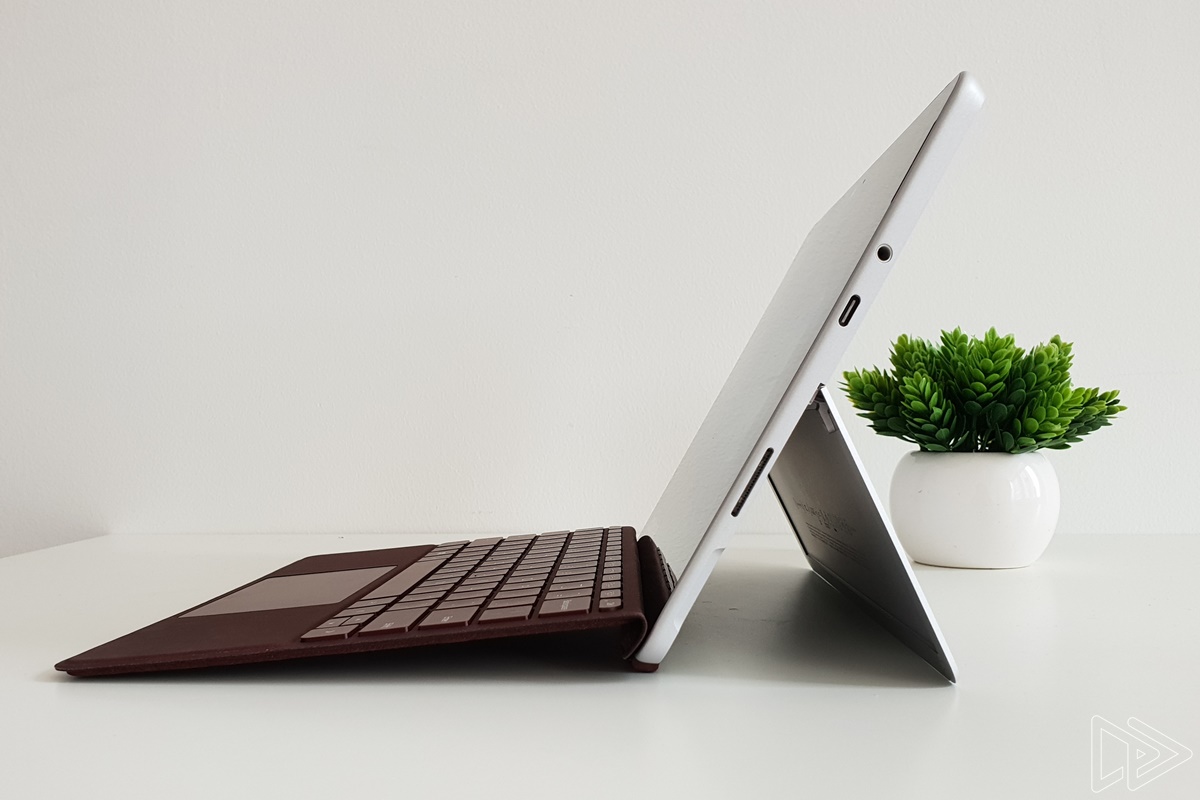 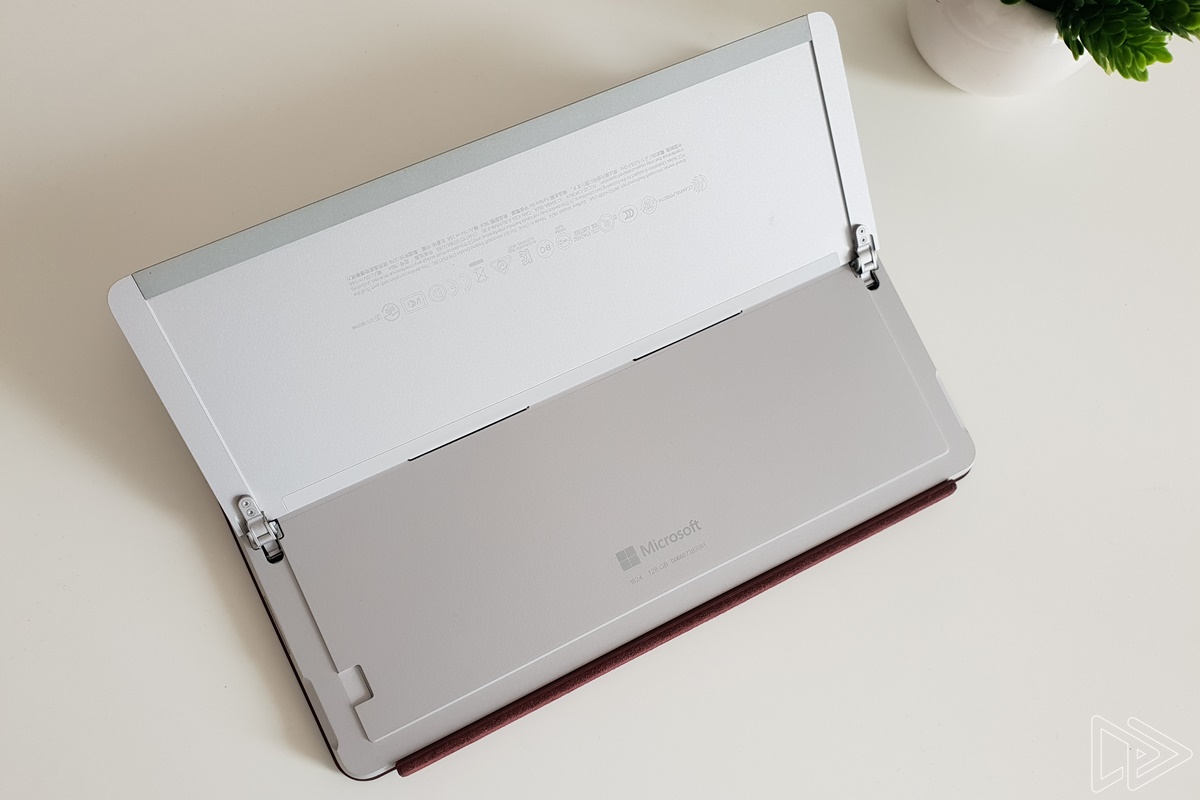 For starters, the Surface Go is powered by an Intel Pentium Gold 4415Y processor. Yes, it doesn’t sound particularly powerful, but it’s fast enough for day-to-day usage. I can browse the web comfortably with the Surface Go, do some light – and I mean very light – photo editing, and play 60fps videos on YouTube smoothly. However, do note that we tried out the highest-end Go with a 128GB SSD and 8GB of RAM; the more affordable model with 64GB of eMMC storage and 4GB of RAM may be slower.

Is the Surface Go fast enough to rival a laptop with a Core i3 or i5 processor? Definitely not. For more serious multitasking work, the Surface Go certainly shows its limitations. Things start slowing down as I open more tabs in Microsoft Edge, and there’s noticeable stuttering in heavier web pages. 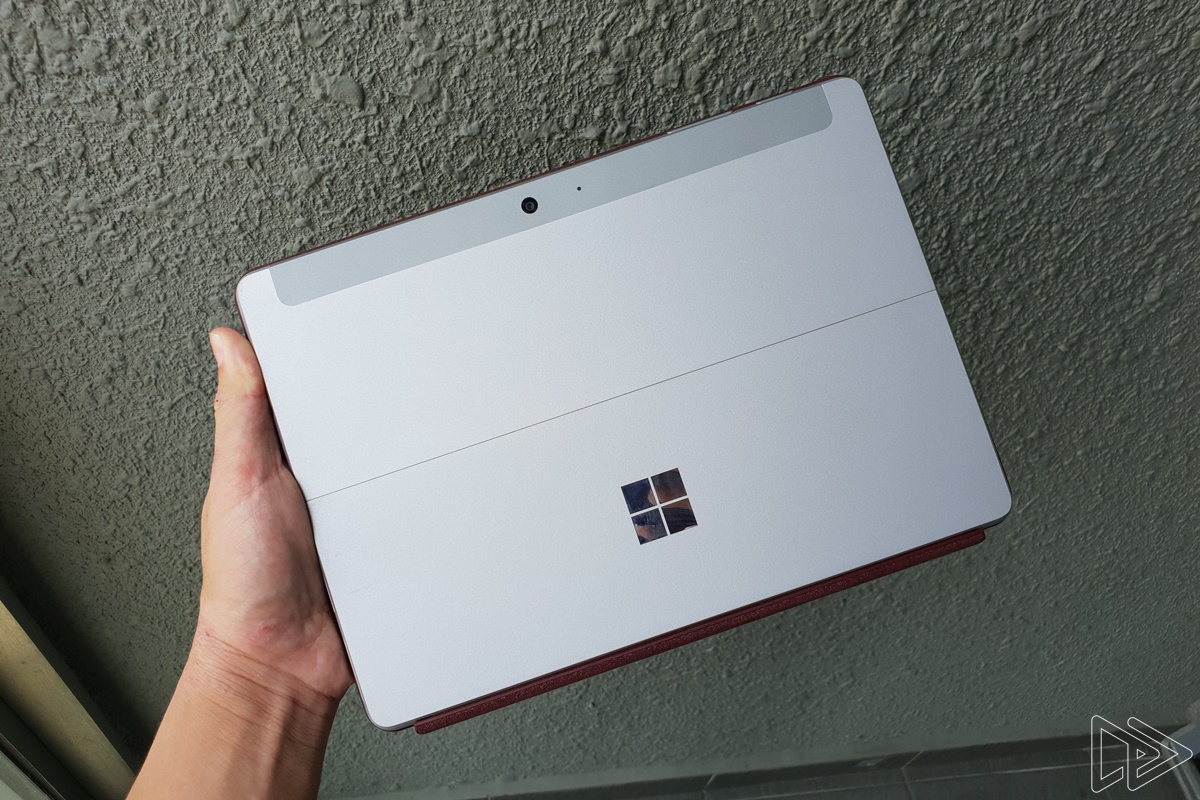 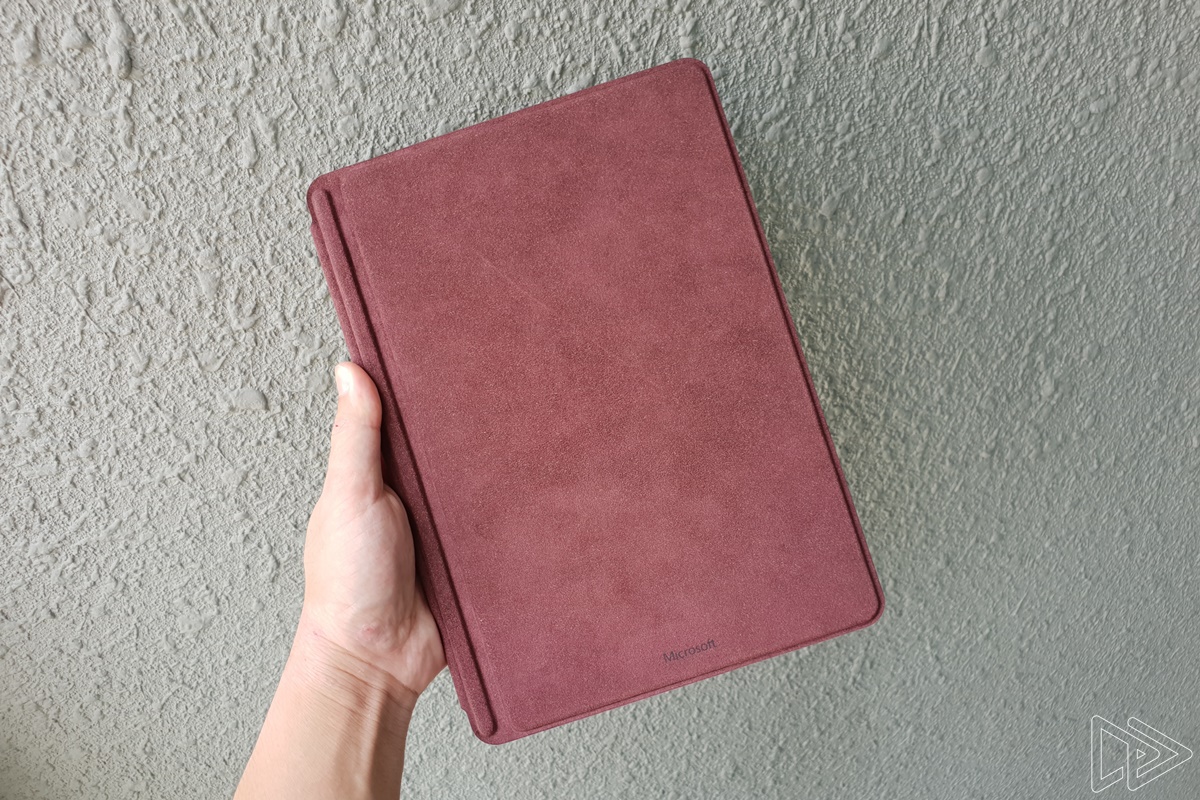 But considering the size and weight of the Surface Go, this level of performance is well within expectations. Packing a 10-inch 1800 x 1200 PixelSense display (and weighing only 522g), this is a really compact tablet – especially for a Windows machine. That being said, it would’ve been great if the Go had smaller bezels to make it even more portable.

Speaking of which, the Surface Go’s PixelSense display is quite adequate despite its small size. It has great viewing angles, brightness, and colour reproduction. Thanks to the 3:2 aspect ratio, it doesn’t feel all that cramped either; very important factor for a display this small. 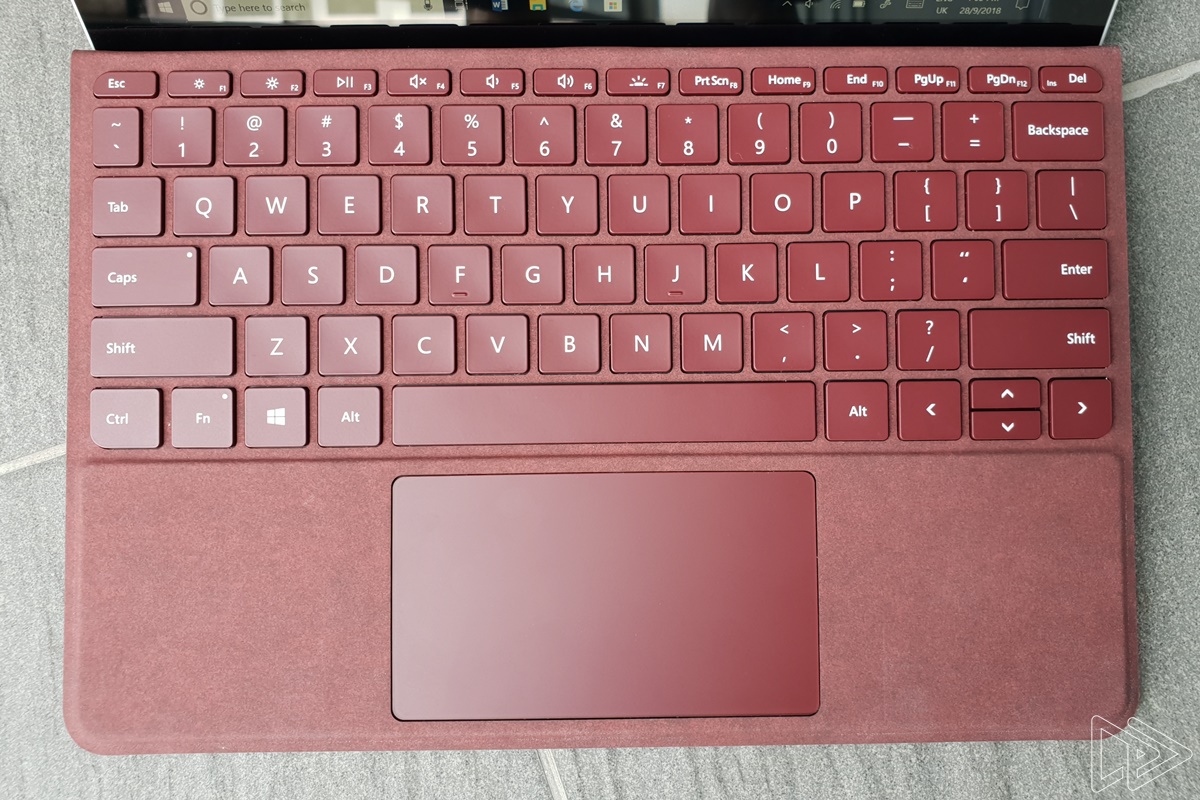 Next, we have the Surface Go Type Cover. To accommodate the smaller size of the Go, the Type Cover is downsized accordingly too. If you’re coming from a full-size laptop keyboard, you’ll have to get used to the smaller layout of this Type Cover. I had some trouble adjusting to the keyboard at first, but after some time, I’m typing almost as fast as I do on a standard keyboard.

What about the typing experience? Very pleasant. While the keyboard doesn’t have very long key travel, the great tactile feedback makes it very satisfying to do a lot of typing on the Surface Go Type Cover. To top it off, the keys are backlit too with three levels of brightness. 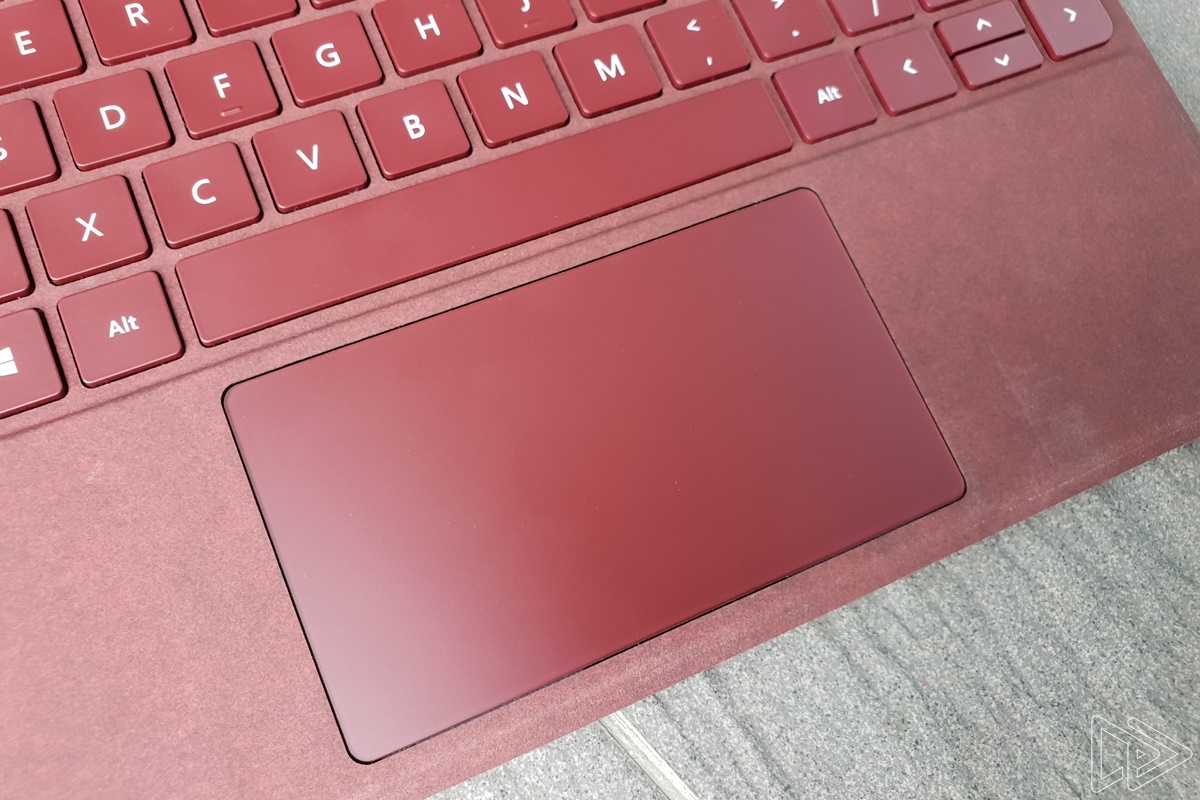 As for the Type Cover’s glass Precision trackpad, I’m pleasantly surprised at how accurate it can track my fingers. It’s not quite as accurate as MacBooks’ trackpads, of course, but it’s definitely one of the most responsive trackpads I’ve used on a Windows machine. Aside from that, I love the smooth surface of the trackpad, and it’s big enough to not be cumbersome to use.

Tablets usually don’t have the best connectivity options, and unfortunately, the same applies to the Surface Go. Aside from the 3.5mm headphone jack and microSD card slot, this tablet only has a single USB-C port. Yeap, only one port for all of your connectivity needs – you can’t escape the dongle life with this tablet. 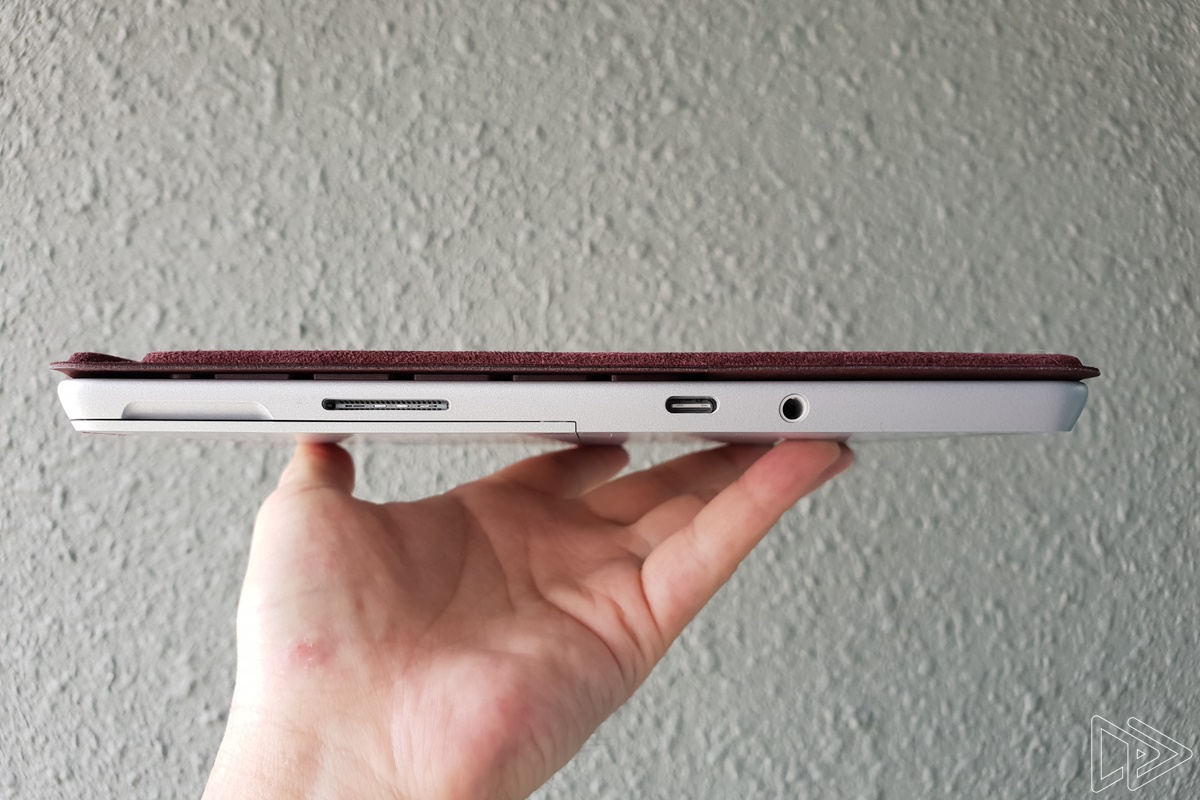 For the Malaysian market, the Surface Go is available in two variants. The base model with 64GB of eMMC storage and 4GB of RAM retails at RM1,749, while the higher-end RM2,399 model comes with a 128GB SSD and 8GB of RAM. Beyond the different RAM and storage capacities, both models of the Surface Go are identical to each other.

Although RM1,749 for the entry-level Surface Go sounds pretty good, it has to be paired to a Type Cover for a more complete experience. This, in turn, pushes the starting price of the tablet to RM2,148. If you want the 128GB variant with 8GB of RAM instead with the Type Cover, you’re looking at RM2,798. 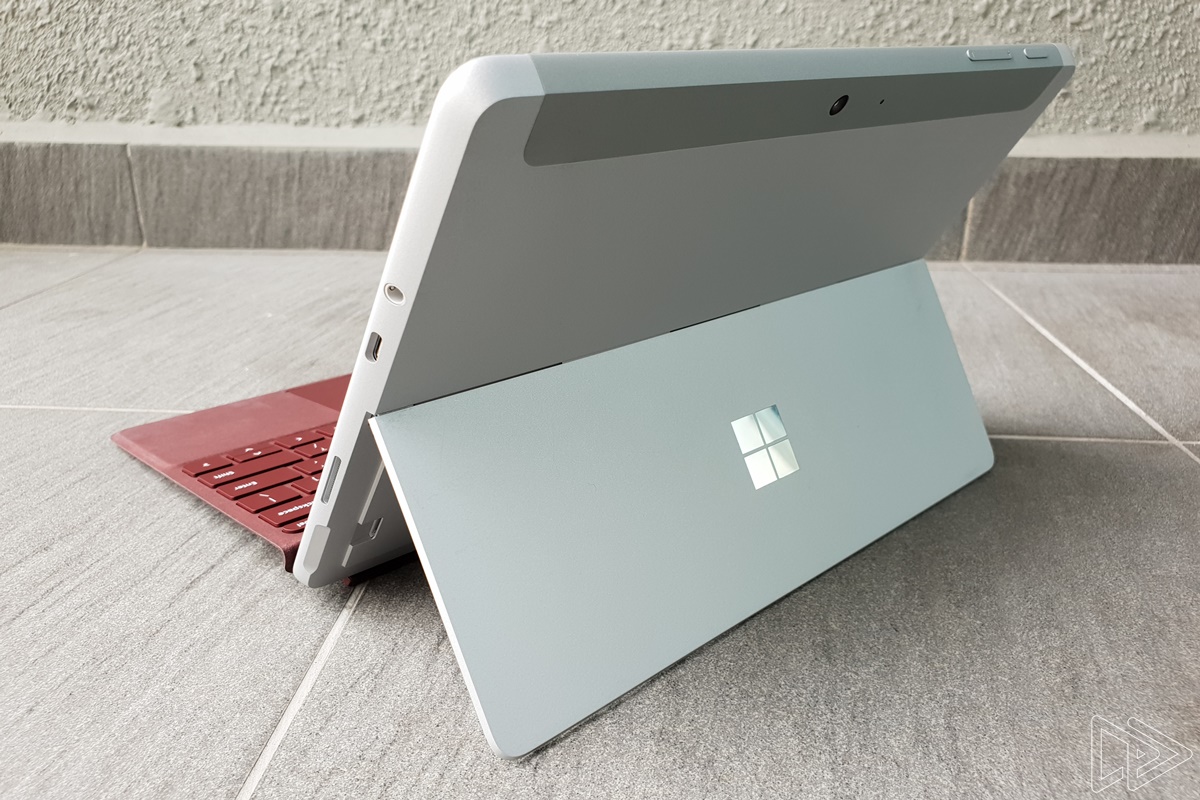 At these price points, you can already get a decent laptop with a much more powerful Core i5 processor. With that in mind, why would you get the Surface Go? It comes down to your priorities. This tablet isn’t made for those who want fast performance; instead, the Go is meant to appeal to folks who want a light, portable Windows tablet to do some productivity tasks on the go.

If that’s all you ask for, the Microsoft Surface Go is really quite an attractive Windows tablet. While it’s not as affordable as its base price would suggest, it’s a compelling tablet for the majority of consumers who are looking for a compact Windows machine.