Honor has been releasing pretty interesting budget-oriented smartphones one after another, and the latest device – set to be launched in Malaysia next week – is the Honor 8X. On the surface, this is a mid-range smartphone with a large display, but if Honor prices it right, the 8X may be one of the most compelling devices in its price range.

Powering the Honor 8X is Huawei’s very own Kirin 710 chipset, which is said to be equivalent to Qualcomm’s Snapdragon 660 SoC. I’ve played a couple of PUBG Mobile matches on the device, and while there are a few stutters here and there, the battle royale game is very playable on the 8X. You won’t have too much trouble getting your chicken dinner with this device. 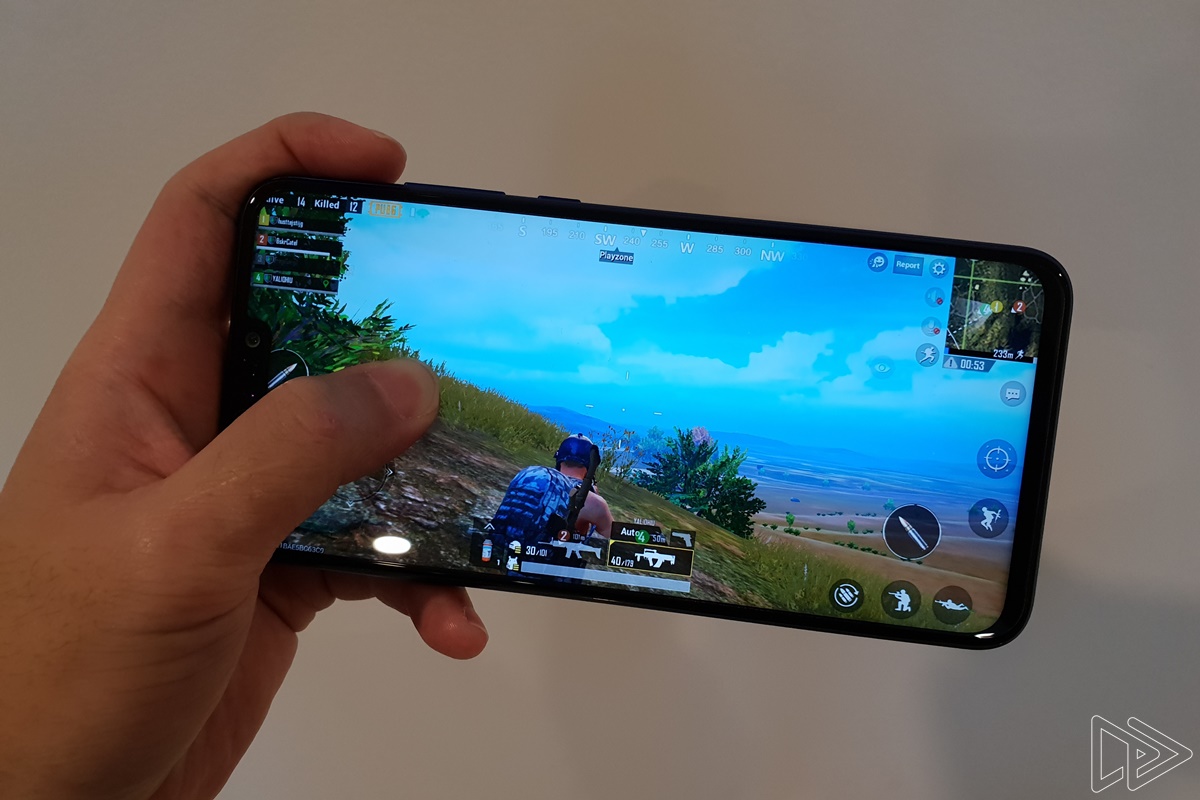 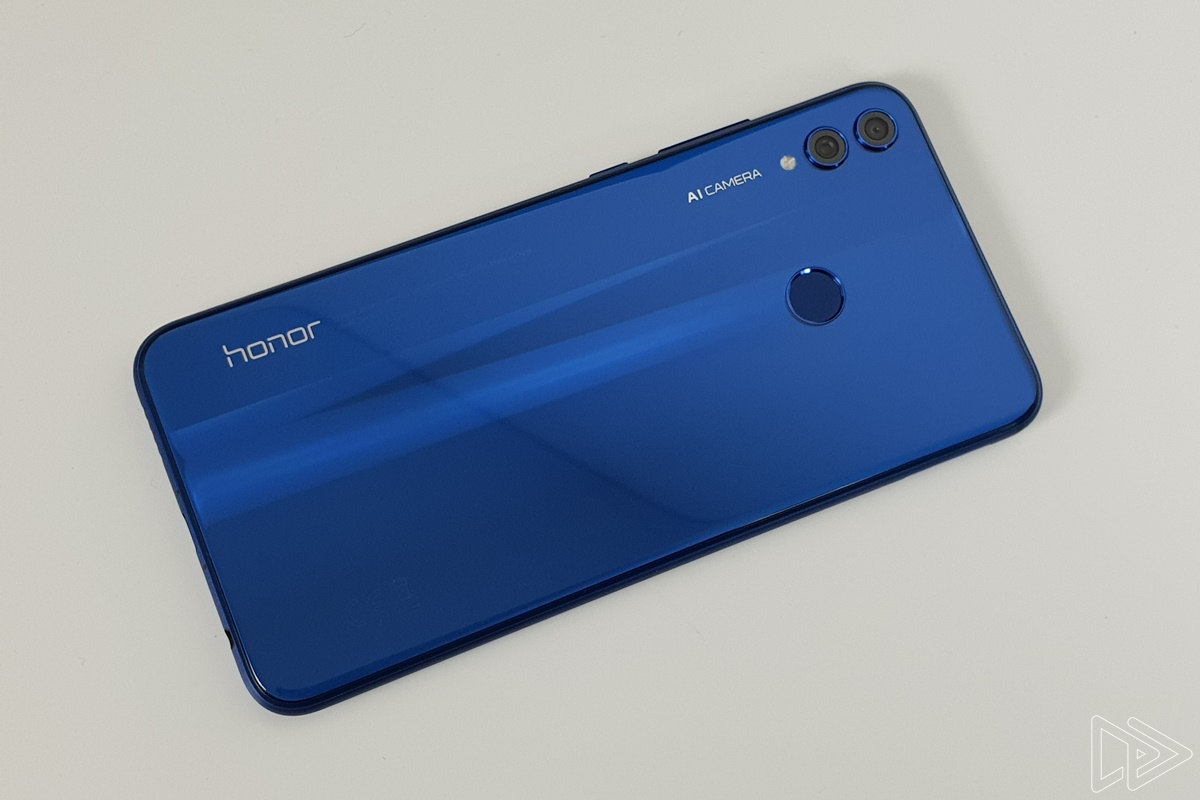 In terms of software, the Honor 8X is a smooth operator. Launching multiple apps consecutively is a fuss-free affair on the 8X, and it generally feels very responsive out of the box. While I don’t quite dig the design of the user interface, EMUI 8.2 on the 8X is fast and lightweight.

Design-wise, I love the front design of the Honor 8X. I’m not crazy about the notch, but the minimal bottom bezel really gives the phone an almost bezel-less aesthetic. And if you don’t like the notch, there’s an option to “disable” it in the settings – the area surrounding the notch will be darkened to effectively hide it. 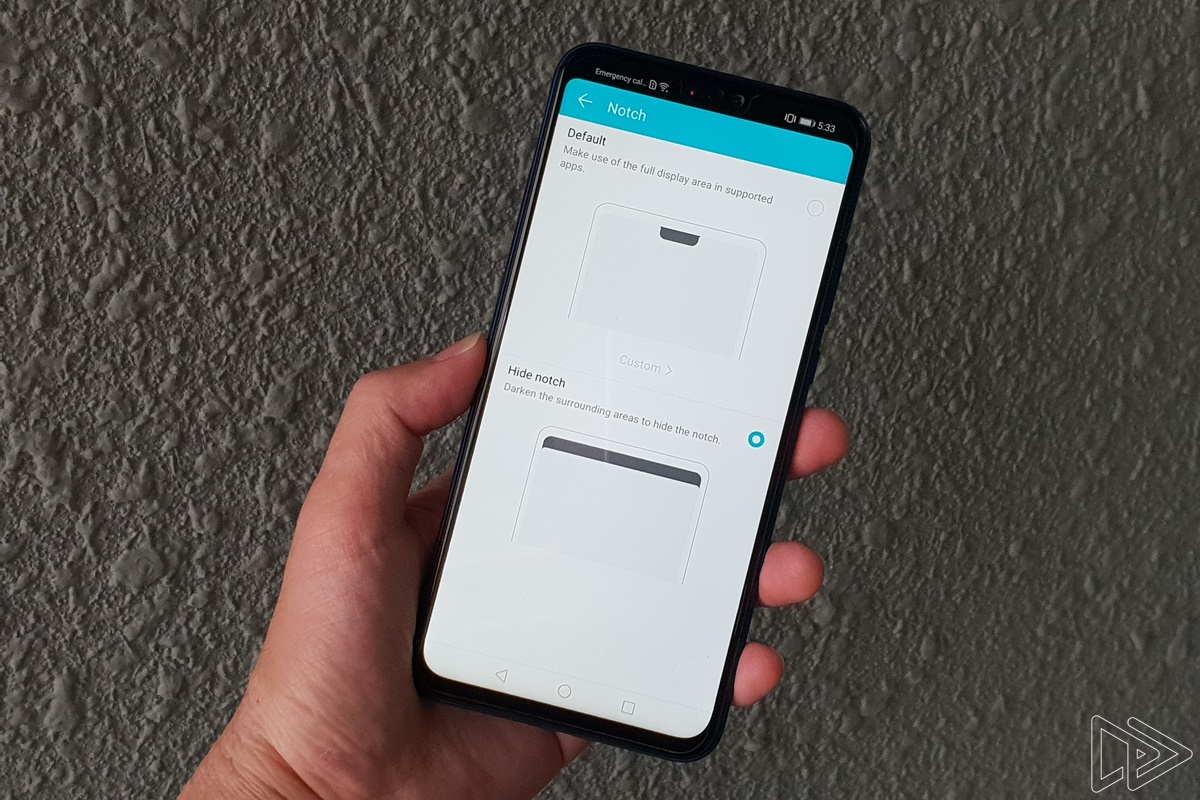 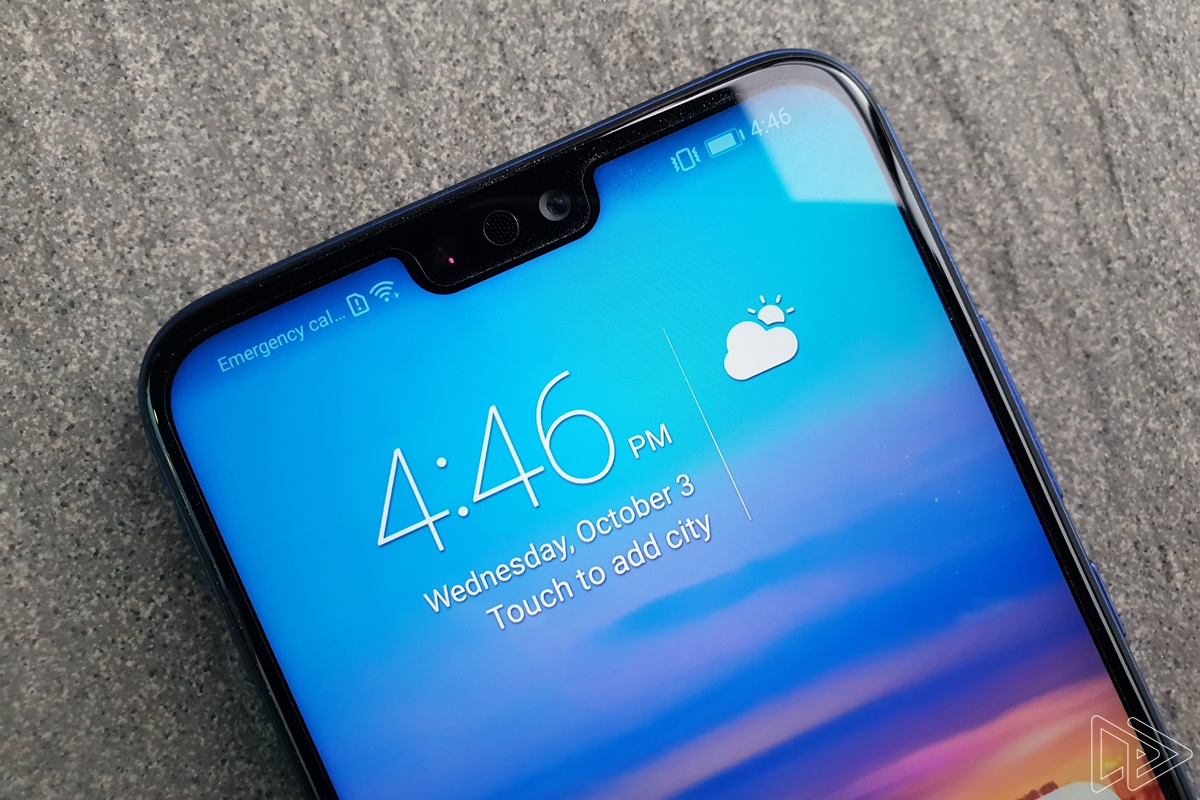 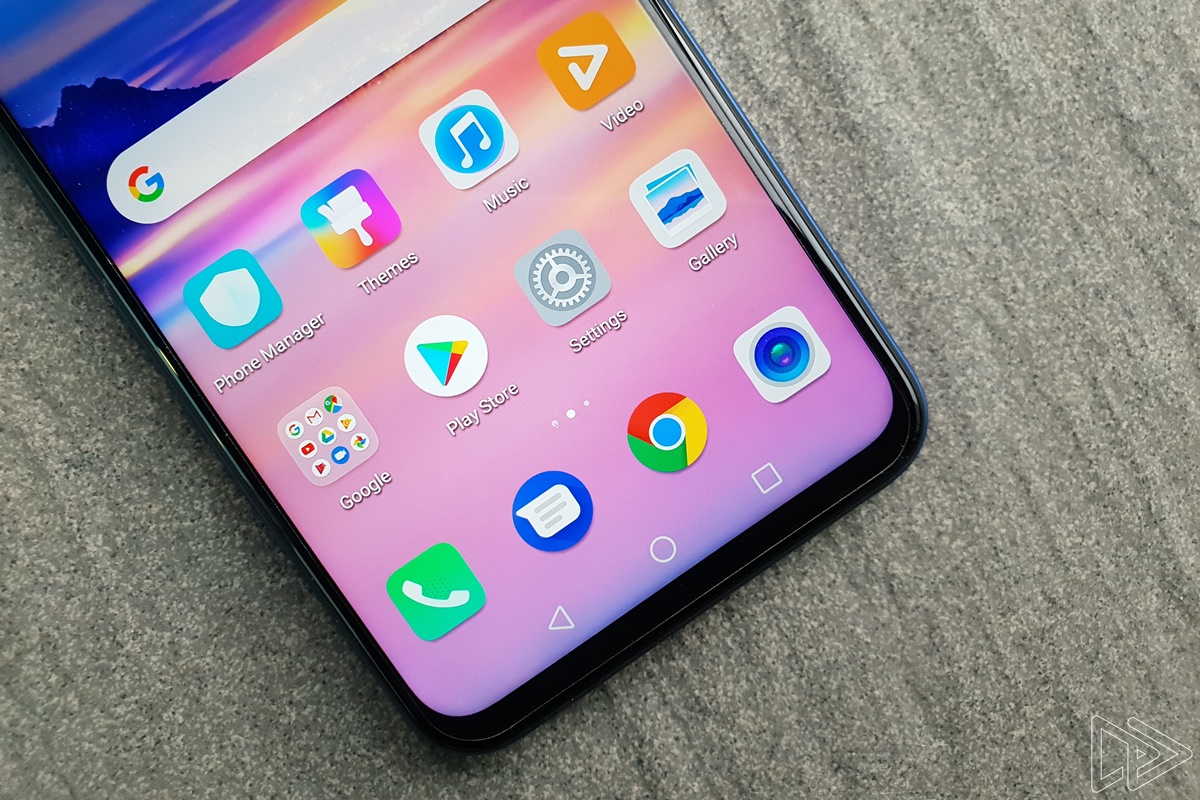 But there is one design aspect of the Honor 8X I don’t quite get: the left side of the glass back has a different texture than the rest of the panel to emphasise on the horizontal design. It’s reminiscent of the Lenovo Vibe Shot’s design, and while this certainly gives the 8X a unique appearance, it doesn’t look particularly attractive. But hey, beauty is in the eye of the beholder – you may not share my sentiment.

Now, let’s get to one of the reasons why you’d want to consider the Honor 8X: its large 6.5-inch display. Sporting a resolution of 2340 x 1080, this LTPS screen is pretty decent. It’s a bright, vibrant display, and it looks sharp despite sporting “only” a 1080p resolution. If you’re worried the resolution isn’t high enough for a 6.5-inch panel, don’t be. It’s plenty sharp for comfortable day-to-day usage. 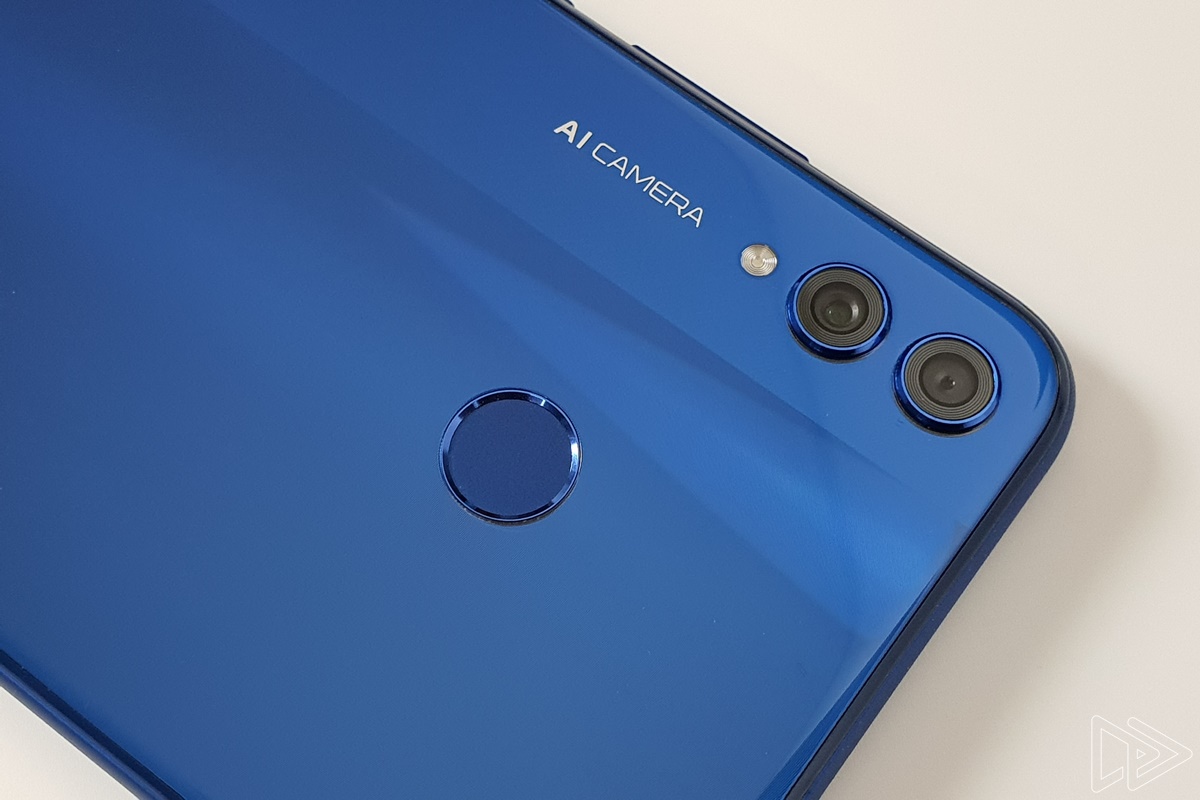 Equipped with a 3,750mAh battery, the Honor 8X should be able to return good battery life. The battery capacity may seem small for a phone with a 6.5-inch display, but because it’s a 1080p panel, it shouldn’t be too power hungry. Aside from that, the phone charges via a microUSB port; no USB Type-C here.

Like many phones in the market now, the Honor 8X comes with a couple of biometric security options. The rear fingerprint sensor is fast and accurate – a slight touch is enough for the sensor to recognise my fingerprint – and the face unlock is equally quick too. Naturally, you can activate both security options if you’d like. 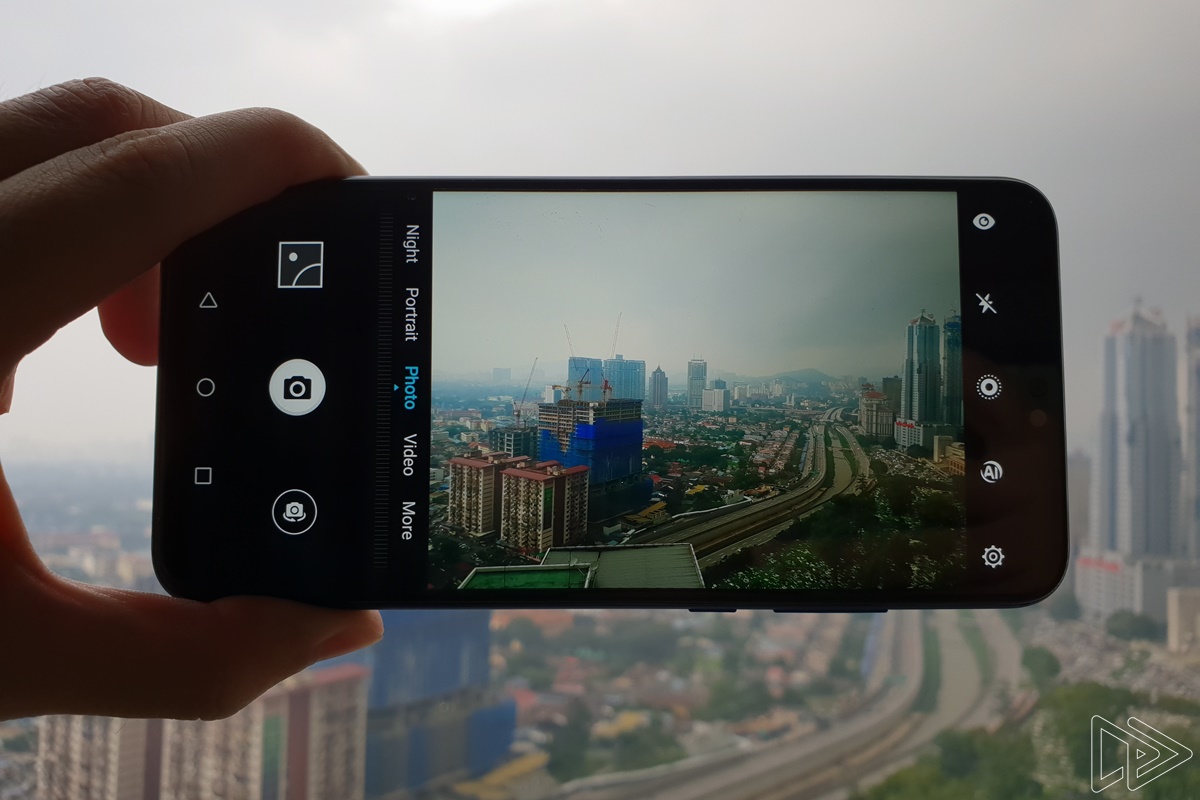 How’s the camera performance of the Honor 8X? Serviceable. The 20MP f/1.8 + 2MP dual camera system is a decent performer, but don’t expect amazing image output. The AI mode does brighten images quite a bit, but colours are more saturated too. On top of that, the camera application isn’t as responsive as I would’ve liked either. The front-facing camera, on the other hand, is a 16MP f/2.0 shooter.

Despite its average camera performance, the Honor 8X is still quite a compelling mid-ranger – especially if goes for the right price. In China, the 8X retails from only 1,399 Chinese yuan for the 64GB model with 4GB of RAM; that comes up to about RM845. 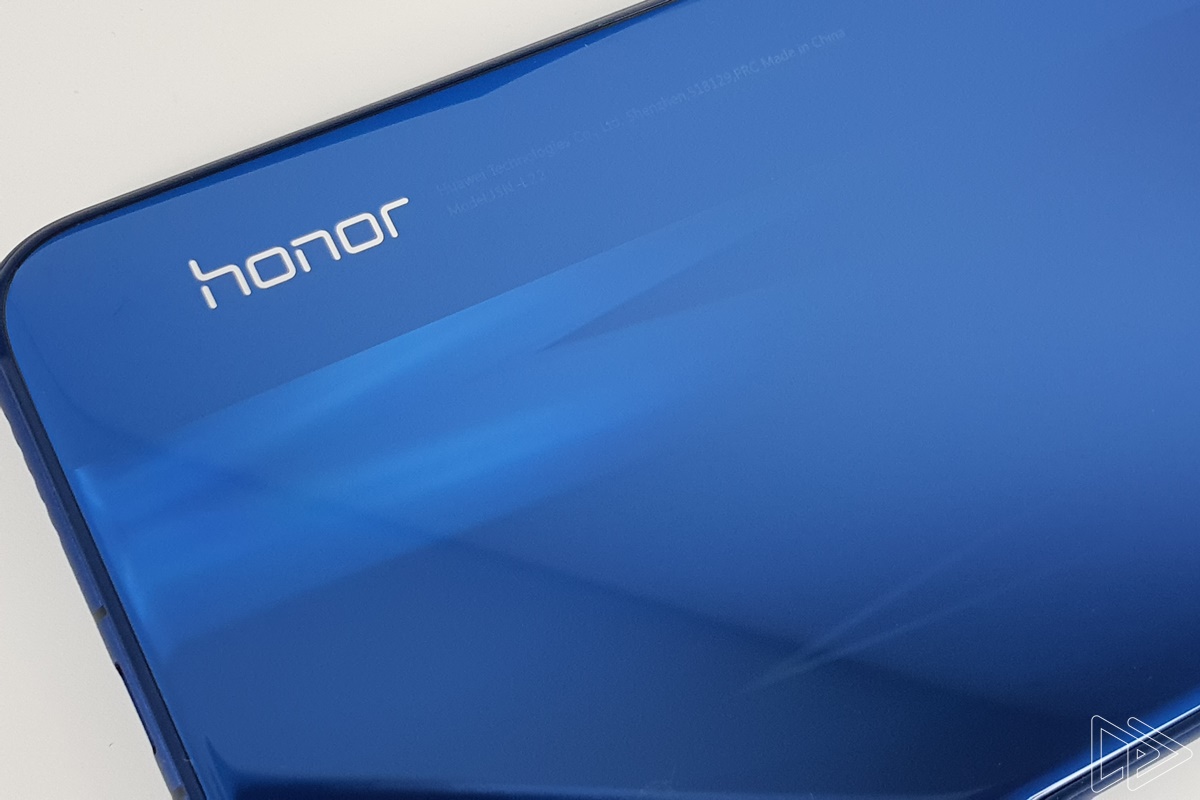 If Honor can price the 8X below RM1,000 in Malaysia, it may give a lot of devices in this price range a run for their money. It’s a sleek-looking device – bar the back glass design, in my opinion – and the Kirin 710 is a pretty capable chipset. Here’s hoping the Honor 8X will be priced competitively once it’s launched in Malaysia on 9 October.

These Are Official Images of the Proton X50