Ever since the Razer Phone was announced, quite a number of phone makers followed suit and released their own take of a gaming smartphone. There’s the Asus ROG Phone, the Xiaomi-backed Black Shark phone, and more recently, the Honor Play.

But looking beyond the marketing speak, is there really such a thing as a “gaming smartphone?” Or is it just a convenient term to market specific devices? Well, that’s what we’re here to find out – let’s see what really defines a gaming-centric smartphone. 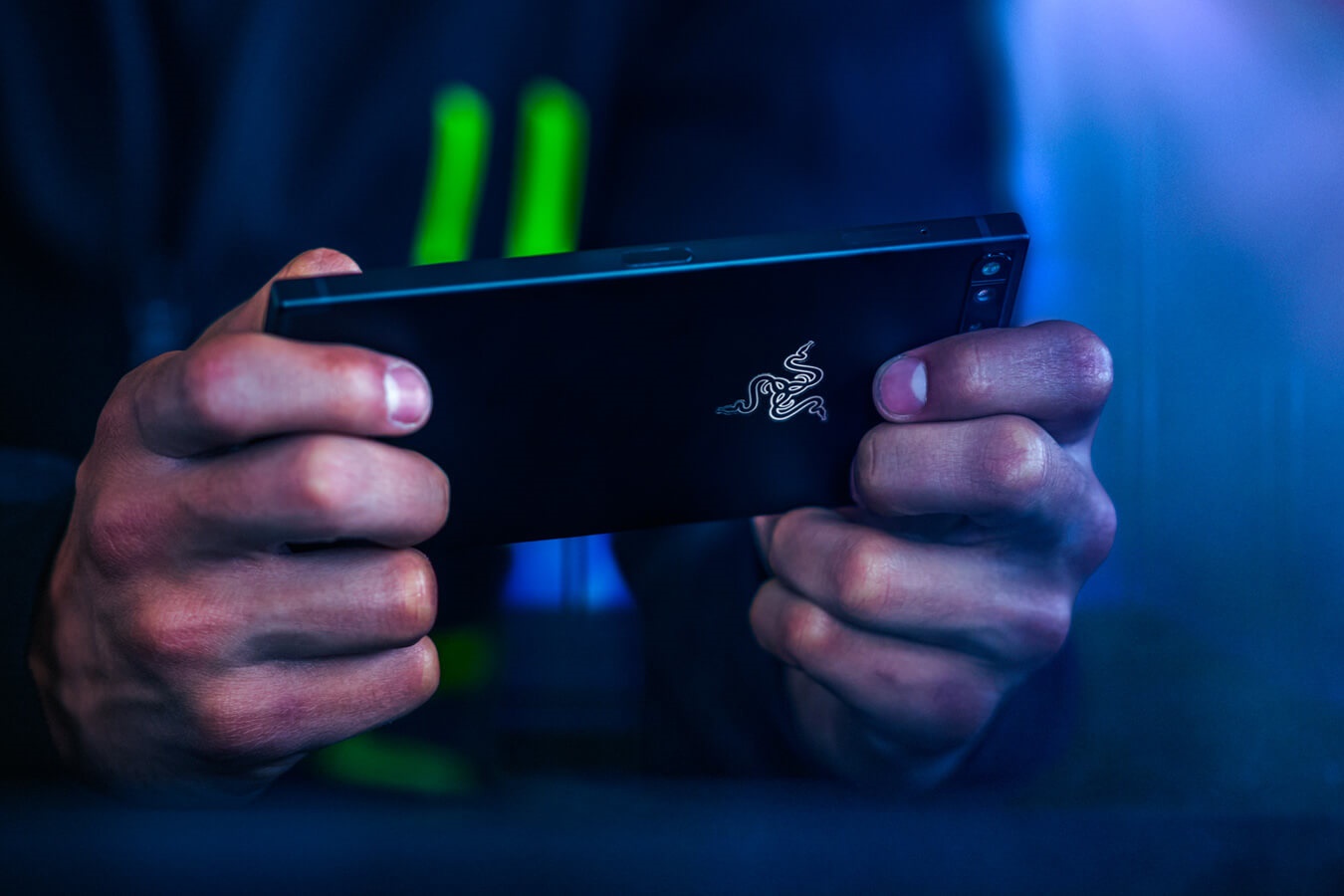 Since the Razer Phone is arguably the phone that started it all, it’s only appropriate to analyse this phone first. Without a doubt the highlight feature of the phone is its 120Hz display, and until now, Razer’s first-ever smartphone still remains one of very few phones with a 120Hz screen.

The problem is, the 120Hz display doesn’t work seamlessly: games have to support that high of a refresh rate in the first place. It’s great that there are games that support 120Hz refresh rate, but in order for the feature to be truly compelling, more developers have to get on board. After all, popular games like Mobile Legends, PUBG Mobile, and, say, Asphalt 9: Legends, don’t support the high refresh rate.

And then there’s also the fact that the Razer Phone was released back in 2017, so its hardware is definitely not as powerful as devices that were released this year. Yes, the Qualcomm Snapdragon 835 chipset powering the phone is still plenty capable, but the Snapdragon 845 is a better SoC with a superior GPU – it’ll be able to take advantage of the 120Hz display much more effectively.

That being said, Razer is expected to reveal the Razer Phone 2 next month on 10 October. Chances are, the successor will address these shortcomings, and it’ll be interesting to see if Razer will retain the 120Hz display. 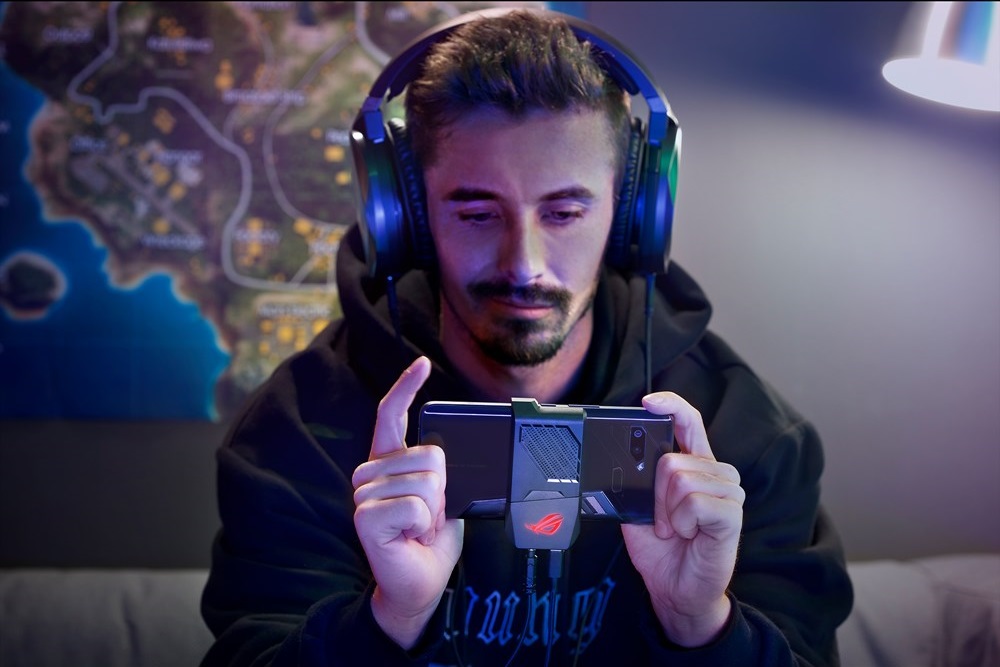 Next, we have Asus’ ROG Phone. Unlike the Razer Phone, Asus’ offering comes with a slightly slower 90Hz display. While this isn’t as good as the Razer Phone’s 120Hz screen, it’s definitely better than a conventional smartphone’s display, which is usually capped at 60Hz.

On top of that, the ROG Phone also comes with a slew of gaming-centric features. These include “specially selected” Snapdragon 845 chipsets clocked at 2.96GHz, a vapour-chamber cooling system for better thermal performance – there’s even an optional fan attachment for even better cooling – and a gamepad module which adds shoulder buttons.

Needless to say, these features do make the ROG Phone appealing as a gaming smartphone, but it still remains to be seen just how well Asus can execute the concept. Considering the fact that the phone isn’t even in the market yet – despite being announced a few months ago – it’s hard to evaluate its gaming prowess. 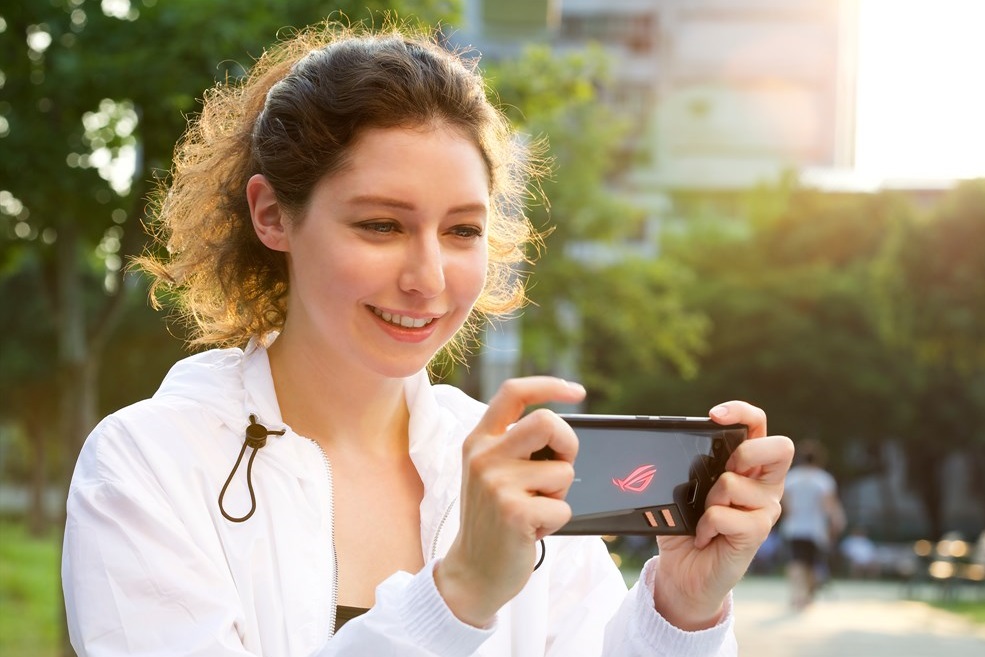 Both the Razer Phone and ROG Phone have their own unique features that give them credibility as gaming smartphones, so is the term not a gimmick? Well, not quite. Enter the Honor Play – one of the most affordable “gaming smartphones” in Malaysia. Retailing from only RM1,249, it’s a really affordable flagship smartphone. After all, it’s powered by Huawei’s Kirin 970 chipset; the very same SoC powering Huawei’s range of flagship devices, including the Mate 10 and P20 devices.

The Honor Play is certainly a capable flagship device, but what makes it a gaming smartphone? A software tweak dubbed “GPU Turbo,” which promises better gaming performance…but only in selected games like PUBG Mobile. On top of that, the performance increase isn’t quite as prominent as how Huawei portraited it to be – a typical case of overzealous marketing. 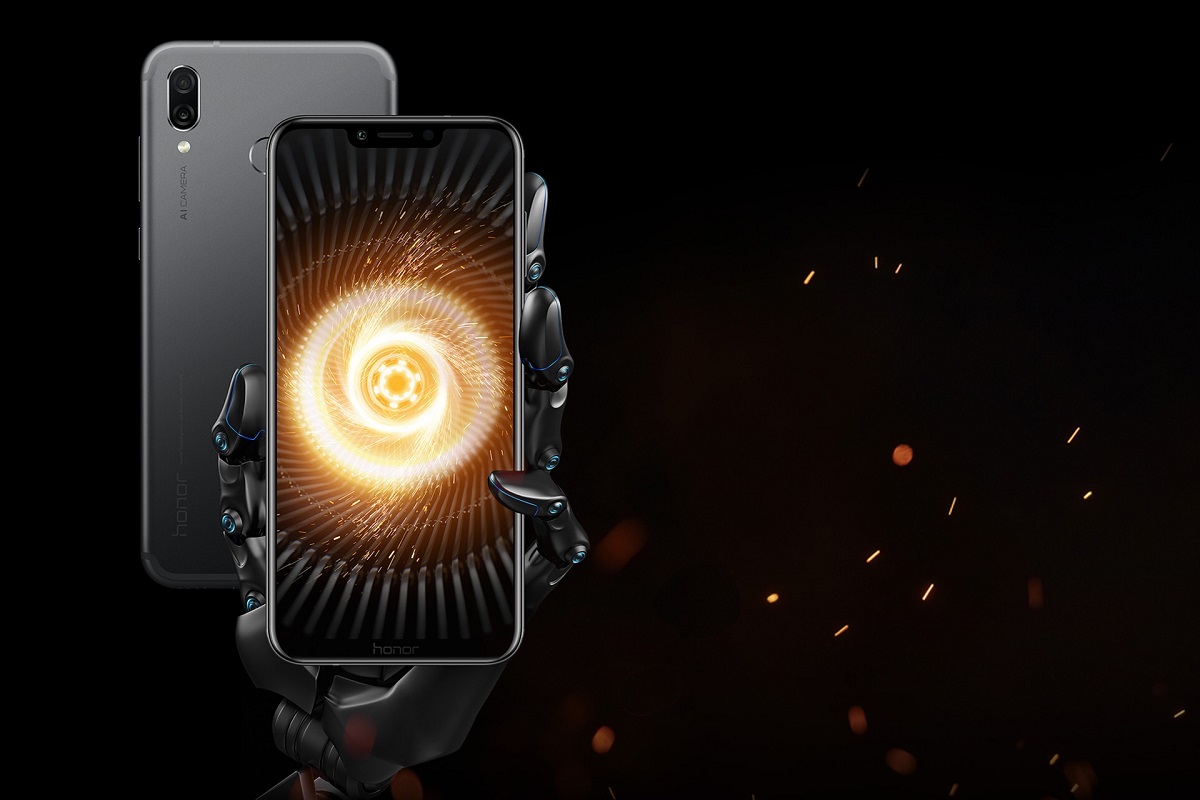 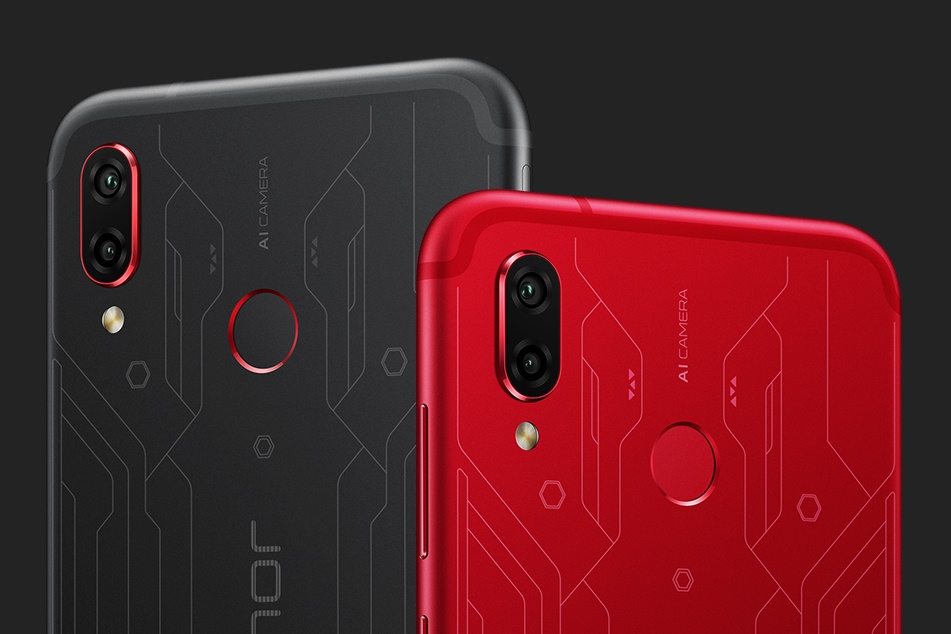 GPU Turbo is still a valid technology, of course – AnandTech covered this in great length – but the performance increase is in the software side of things. At the end of the day, the performance increase is still limited to how good the hardware of the phone is, and the Honor Play’s Kirin 970 chipset (which debuted last year in the Mate 10 series) is showing its age.

On top of that, GPU Turbo is not exclusive to the Honor Play either: other Huawei devices will get the feature through software updates. This, in turn, makes the Honor Play as much of a gaming smartphone, as, say, the P20 Pro. While the Honor Play does come with a “Smart Shock” vibration system that supposedly mimics the rumble feedback of a console controller, it still feels…just like a standard phone’s vibration. 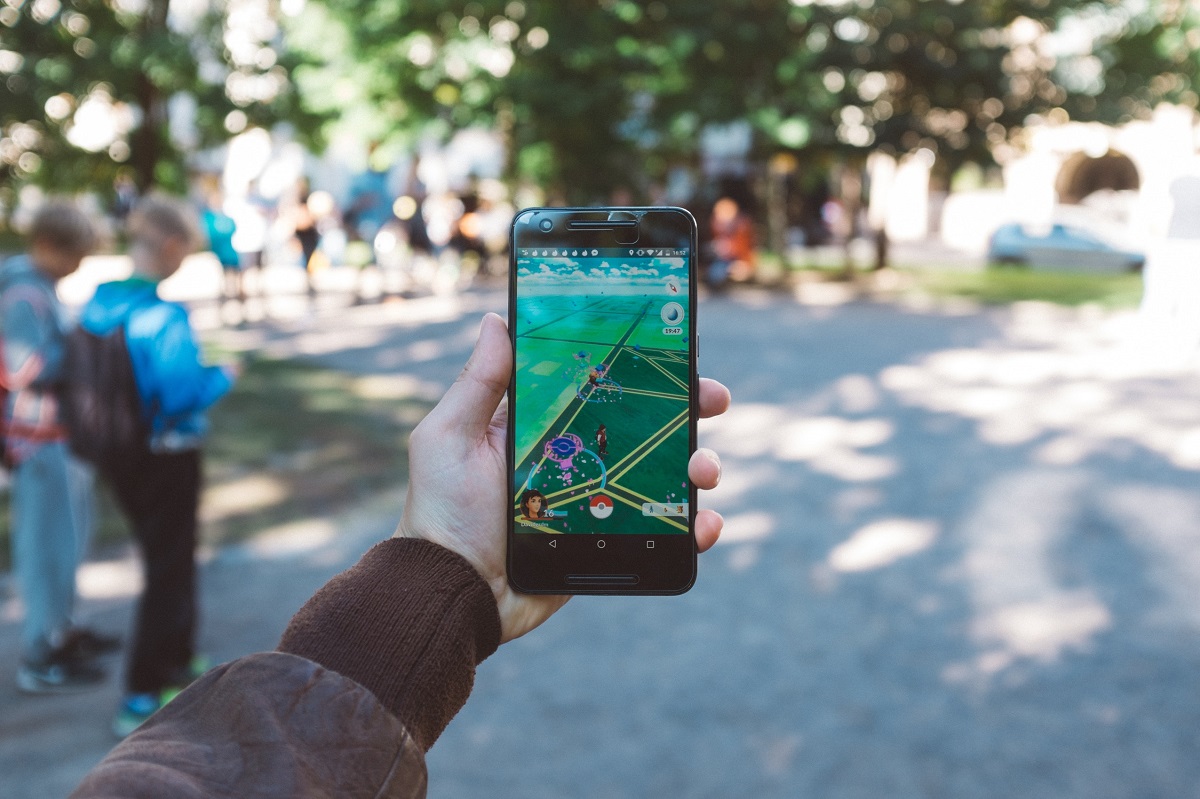 So what constitutes a gaming smartphone? If it promises (and delivers) superior gaming performance than your conventional smartphone, it is rightfully a gaming smartphone. Whether it’s a display with high refresh rate, or a unique cooling solution to sustain peak performance, if they result in a more enjoyable gaming experience, it’s by definition a gaming smartphone – in my opinion, of course. If phone makers decide to market their devices as such, they’ll have to back up the claim.

Unfortunately, some manufacturers capitalise on the trend and simply market their devices as “gaming smartphones” without actually delivering meaningfully better gaming performance. This, in turn, makes it difficult to distinguish these devices from those that are actually made for gaming.

Marketing or not, it’s never a good idea to mislead consumers.